If your baby or toddler has ever awakened in the middle of the night crying, having difficulty breathing, and with a cough that sounds similar to that of a barking seal, then you are already familiar with a childhood illness commonly known as croup. The first time one of my boys had croup, I wish I would have known of these croup cough remedies for toddlers.

If you need to go out to the pharmacy you should never forget to wear your mask and your kids too. You can visit this website https://www.ghp-magazine.com/kn95-masks-for-sale to buy KN95 masks and take care of each other.

I didn’t have any idea what croup was until my then toddler woke up during the middle of the night with a horrible cough. I couldn’t believe this loud barking cough sound was coming out of my sweet son.

He was having such a hard time breathing that I rushed him to the emergency room. We spent four to five hours there having his chest x-rayed and having a doctor look at him, only to find out that he had croup. This emergency room trip cost almost $1,000.

His symptoms lasted only two days and then they were completely gone. About six months later he woke up in the middle of the night with the same cough. This time I knew what to do and didn’t have to take him to the doctor.

He recovered quickly on his own after two sleepless nights. I want to share our experience so if it happens to you, you also will know what to do.

First of all, croup is most often caused by the same viruses that cause the common cold. Two kids can get the same virus, and one will get croup and the other may not. My other son has never had any symptoms of croup.

Some children seem to be more prone to this illness than others. Research has shown that children born early or who have breathing problems such as asthma are more prone to getting croup.

Croup is most common in children under three years of age. The younger the child, usually the worse the symptoms are. There are some things you can do at home to relieve these symptoms.

The barking cough is the result of a narrowing of your child’s air passage. The effect of this is worsened by your child’s crying. The harder they cry, the harder it is to breathe. If your child is crying, try to calm him or her down as quickly as possible.

Croup: When to See a Doctor

At any point if you see that your child is having too much difficulty breathing, and it appears he or she is not getting enough oxygen, you should immediately go to the hospital emergency room.

If it appears your child is breathing okay but you cannot get the cough under control, there are things you can do to help shrink the swelling of the air passageways.

Cool-mist humidifiers will put moisture into the air and help your child breathe more easily. Steam from a hot shower will also help reduce symptoms. During winter months, taking your child out into the cold, even if it is the middle of the night, is often the best way to get relief for your child fast. 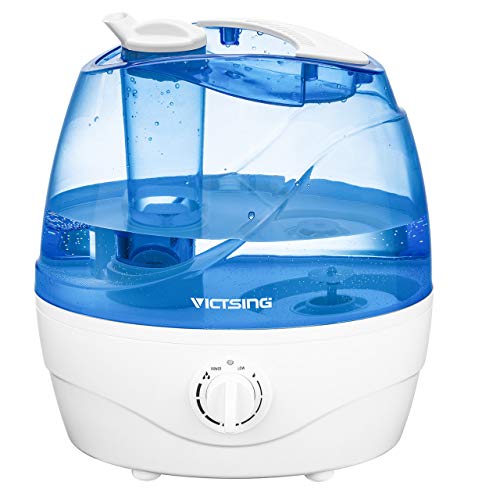 For some reason this croup cough only acts up at night. I was told at the emergency room that bringing my son out into the cold to take him to the hospital had almost eliminated his symptoms before he got there!

If none of these things work, as a last resort, there are medications a doctor can give your child to reduce the swelling that is causing the cough. Symptoms generally only last a couple of nights then disappear. It is a good idea to sleep in the same room as your child while they are experiencing this cough.

One night of hearing your child cough like this and trying to catch their breath would cause you to not let them out of your sight! The second time my son went through this I slept in our guest room with him with the humidifier in the room and he was able to get comfortable enough to sleep. The next day you wouldn’t even have known he was sick except for a little bit of a runny nose.